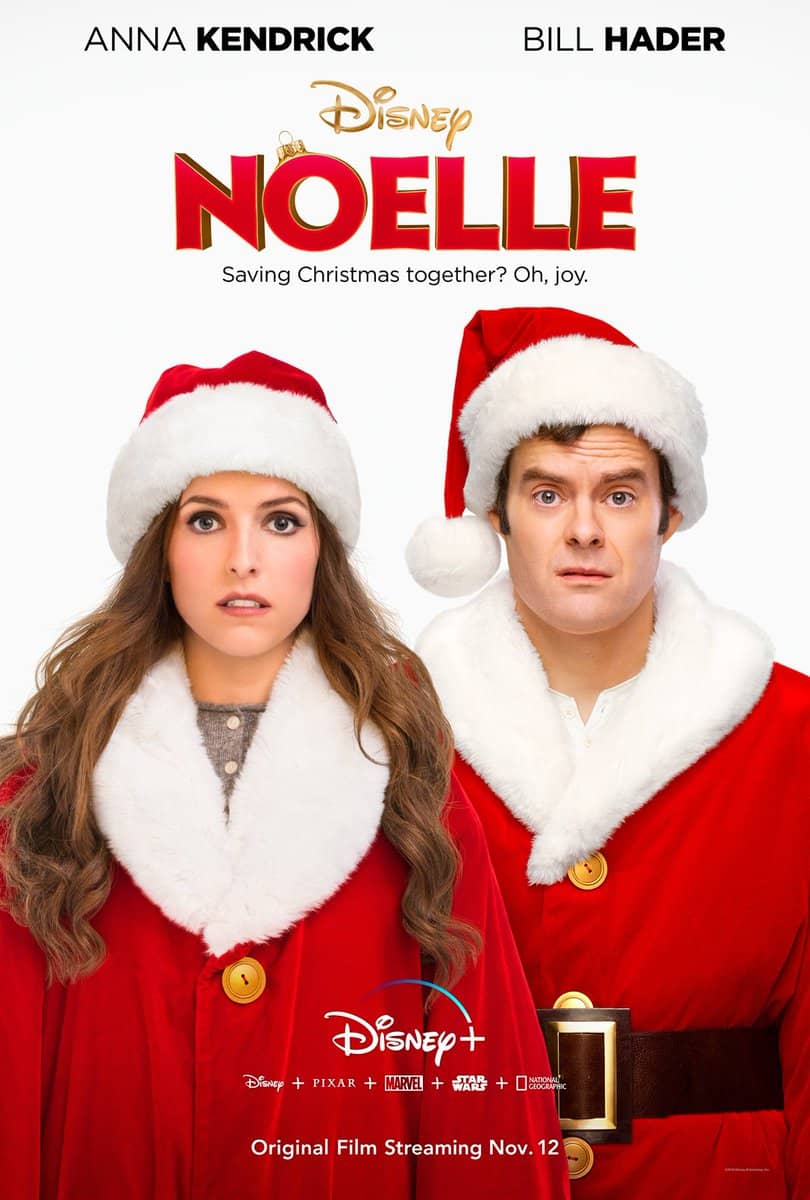 You can’t get away from them at this time of year – Christmas movies are everywhere! But which ones are worth watching and which are just too cheesy to bear? The Comms team decided to embark on a Movie Marathon and have come up with a list of family movies to watch (or not!).

When it comes to Christmas films, I strongly believe children’s films are far superior to those made for adults. Writers/directors seem to favour the same old cliches and soppy romance stories for the older generation.

Klaus (2019) is up there on my list of superior Christmas films. A different take on the Santa Claus origin story, it is beautifully animated and was an Oscar nominee for Best Animated Feature Film earlier this year.

A self-obsessed, entitled postman is sent to a dreary town in the back of beyond (Smeerensburg, “home of the world’s finest feuds”) where the people are strange and the customs are stranger. There he forms a reluctant alliance with a reclusive toymaker named Klaus, and embarks on a quest to bring joy and kindness to a town that desperately needs it.

I could predict how the plot was going to pan out, but it was a delightful (and heart-warming) journey nonetheless – with a refreshing lack of cliches to boot.

Entertaining for both kids and adults, although more for ages 7+ as younger children would probably lose interest – I planned to watch this with my 2 and 5 year olds but I’m glad I didn’t!

While there’s no mention of the Nativity, the film still delivers a heartfelt message about the spirit of Christmas – something that should resonate with Christians and non-Christians alike.

Angela’s Christmas is a short (30-minute) animated movie set in Limerick, Ireland, in 1914. It tells a sweet, simple, and ultimately heartwarming tale about family, community, and a little girl’s empathy and resourcefulness. Basically, it follows a six year old girl trying to keep baby Jesus warm after being in the drafty and cold St. Joseph Catholic Church – so overall it is a nice contrast to the standard Christmas movies and the others we have reviewed here.

This year the sequel, Angela’s Christmas Wish, was released. This one has quite a different plot but it is is warm, unassuming and mostly light in tone, and it sends the right anti-materialist message for Christmas. It’s about kind, slightly flawed people who generally do the right thing.

Personally I think I preferred the original over the sequel when it comes to a Christmas themed movie but overall, as a fan of animated films, they both fit the bill. The stories are both simple yet uplifting, sometimes just what the family needs. Overall, they have wholesome themes that speak a little more to the real meaning of our Christmas celebrations. You can’t really go too wrong with these two films as part of the holiday list.

In the surprisingly long list of Christmas-Royalty crossover films, The Princess Switch: Switched Again stands uniquely apart. I’m just not sure if that’s a good thing.

For those of you not familiar with this growing genre, here’s a quick intro to the standouts:

The Princess Switch: Switched Again ups the ante by having a third lookalike enter the scene: the princess’ evil cousin. All three ‘lookalikes’ are played by Vanessa Hudgens, best known as Gabriella Montez from the High School Musical trilogy, and sadly not known for doing quality accents. The British-sounding Duchess Margaret Delacourt, Chicago-an Stacy DeNovo, and Cruella de Vil-like Lady Fiona Pembroke all merge into one vague blur of fancy outfits. Perhaps that’s intentional though: the mash-up effect fits the story well, which quickly becomes a stew of lavish sets and cheesy dialogue.

But let’s cut to the chase: how Christmas-y is this film? The answer depends on how you define Christmas. If you’re looking for pine trees covered in decorations, drifting snow, and a fluffy feel-good message of being kind and honest, then you can’t get a film more Christmas-y than The Princess Switch: Switched Again. However, if you’re looking for the real Christmas – Jesus, angels, eternal hope, the second coming, and so on – prepare to be severely disappointed.

It’s been around for a while, but I watched Arthur Christmas for the first time over the weekend.

With a star-studded cast featuring the voices of James McAvoy, Jim Broadbent, Imelda Stauton, Hugh Laurie and Bill Nighy, this is a fast-paced, action-packed film that is fun for the whole family.

Arthur Christmas is Santa’s youngest son, a well-meaning but bumbling young man who thinks his dad is the greatest person alive. Under the supervision of his older brother Steve, the great present dop on Christmas Eve has become a full on, high tech, military-style operation – much to the chagrin of Grand-Santa, who is nostalgic for the old days. When Steve’s seemingly flawless operation misses out a child, Arthur and Grand-Santa set off on a mission to deliver the last present before the sun comes up on Christmas Day.

The voice acting in this film is superb, and the script is packed with British humour and one-liners that had me laughing out loud.

It’s all about Santa and presents here, but it is still a wholesome, feel-good film that is guaranteed to leave you smiling.

A Disney take on a very Christmas–y tale. It’s all Santa, Elves and North Pole but with strong Disney quirks and some clever adult humour thrown in. We quickly learn that Noelle, Santa’s daughter, is expected to make sure there is enough Christmas cheer in the family to keep things going. In this case, that means trying to support her struggling brother as he takes over the role of Santa after their father passes away. After suggesting he take a short holiday, she eventually has to set off on a mission to find him and ends up discovering the most unlikely things.

I didn’t have any expectations going in, in fact having become used to the more recent scripts and plots of Christmas movies, I expected very little and was pleasantly surprised. If you are happy to accept the elaborate Santa centered Christmas in the North Pole, contrasted with a North America city adventure, then this movie fits the bill. On all accounts it is well made, well acted, clever in places, has a strong female lead and a few good twists. It’s a story about realising we often struggle to live up to the expectations people have of us and that following the heart usually leads to the most authentic outcome. In this film, the unlikely are called to do great things… if delivering presents around the world on a sleigh is considered greatness.

Authentic Christmas for us involves the birth of a child in humble surroundings, so you obviously won’t find that here, but you will find a decent message and a few lols along the way.

The Grinch (2018)
Reviewed by Emma Dodsworth

This is the third re-telling of the classic Dr. Seuss story, “How the Grinch Stole Christmas” (if you don’t know how the story goes, you must’ve been living under a rock for the past 50 years!).

My 5-year-old loves the book and was happy to sit and watch the movie with me. She doesn’t often sit right through movies, but this one she was engaged from start to finish, so it clearly has something to capture her attention!

Obviously they’ve had to take a fair amount of creative license with the story to make a feature-length film – the Grinch’s backstory is fleshed out considerably, and there is an extra subplot featuring little Cindy-Lou Who which is quite touching. The Grinch himself is a bit less nasty and a bit more open to change than the previous versions of the film, which some people weren’t happy with. I personally didn’t mind a Grinch with a bit more substance, who was simply misunderstood than just being … well, being a Grinch for no reason!

The message of the story has always been that Christmas is more than the trimmings and trappings, the presents and food, and this came across in the film with the simple line: “He didn’t steal Christmas – he just stole stuff.” It’s something that today’s ultra-commercial and consumeristic society needs to hear more often.

Cheese score: 3 out of 5
Faith score: 2 out of 5 (1 point for each of the Christmas Hymns that featured throughout the movie, including a great scene where carol singers chase the Grinch around town whilst singing a brilliant rendition of ‘God Rest Ye Merry Gentlemen’ by Pentatonix).