Home 9 Article 9 Why do we eat pancakes on Shrove Tuesday?

For many people, the day before Ash Wednesday is marked by over-indulging in pancakes and frantically trying to think of something to give up for Lent. But there’s more to Shrove Tuesday than pancakes …

The name ‘Shrove Tuesday’ comes from the word shrive, meaning absolve. On the day before Lent, early Christians would confess their sins and receive absolution, and would therefore be shriven. The Shriving Bell is the term given to the tolling of the church bells on this day, calling the faithful to confession before the beginning of Lent.

People would traditionally spend the day before Lent indulging in food that they would be required to give up during the Lenten season: typically meat, eggs, sugar, dairy and other fatty foods.

Pancakes became associated with Shrove Tuesday as they were a dish that could use up all the eggs, butter and milk in the house. Hence why Shrove Tuesday is also known as Pancake Tuesday in many Western countries. 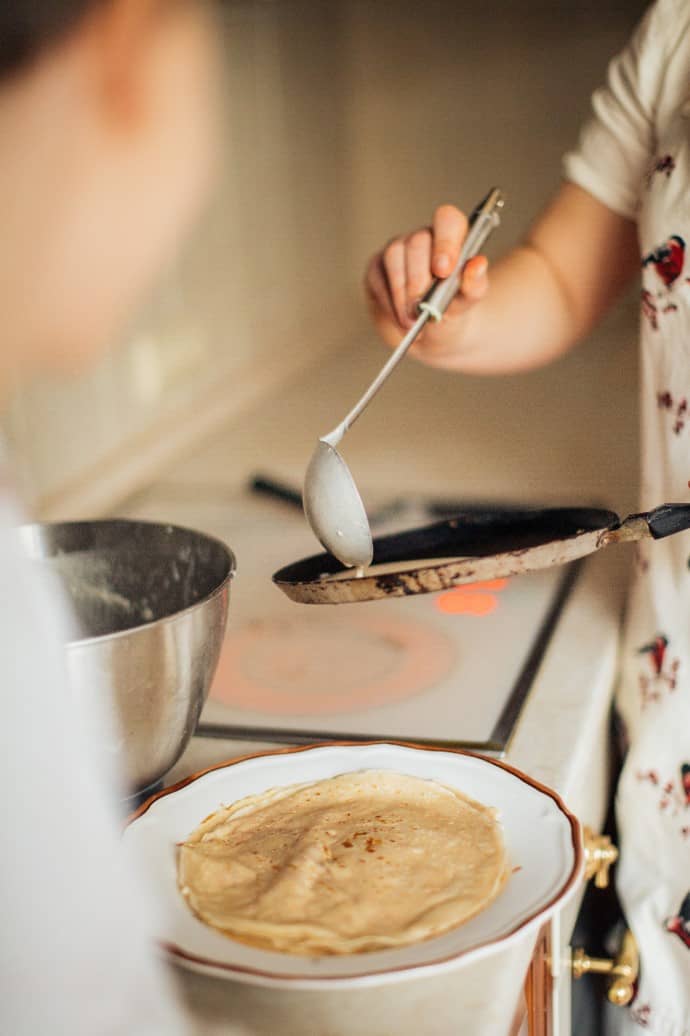 Along with making pancakes and going to confession, it is also a tradition for many Christian churches in the week leading up to Shrove Tuesday to collect the previous years Holy Week palms, which will then be burned and used to make the ashes used in Ash Wednesday services.

An unusual tradition in some parts of the world is the pancake race, where participants race each other down the street whilst tossing pancakes. This tradition is said to have originated in the UK, in a small village called Olney, Buckinghamshire in 1445. According to the story, a woman heard the Shriving Bell while she was making pancakes, and was in such a rush to attend confession that she ran down the street to the church, still in her apron and holding her frying pan!

Shrove Tuesday around the world

In Germany, Shrove Tuesday (or Fastnachtsdienstag) is celebrated by dressing up and having a day off from school.

In France, Shrove Tuesday is called Mardi Gras, or ‘Fat Tuesday’, due to all the rich, fatty food that would be consumed. Mardi Gras has since become associated with raucous celebrations involving parades, costumes and beads, typically in the southern cities of North America.

In Switzerland, Shrove Tuesday is called Güdeldienstag or Güdisdienstag, from the word Güdel meaning ‘a fat belly stuffed full of food’.

In Portuguese-, Spanish- and Italian-speaking countries, the entire season of Shrovetide (the weeks leading up to Lent) is known as carnival, and is marked with parades, fancy dress and masquerades. The most famous of these is the Brazilian Carnival in Rio de Janeiro.

In Spain, Shrove Tuesday is called día de la tortilla (‘omelette day’), where they eat omelettes made of sausage or pork fat.

On the island of Madeira in Portugal, malasadas, a type of fried doughnut covered in sugar, are eaten.

In Denmark and Norway, the Fastelavn Carnival is celebrated the weekend before Ash Wednesday, and is a time for children to dress up and participate in family games.

In Estonia, pea soup and vastlakukkel – sweet buns filled with cream and jam – are eaten on the Tuesday before Lent.