A PRAYER RESOURCE FOR FAMILIES, INDIVIDUALS AND HOUSEHOLDS. 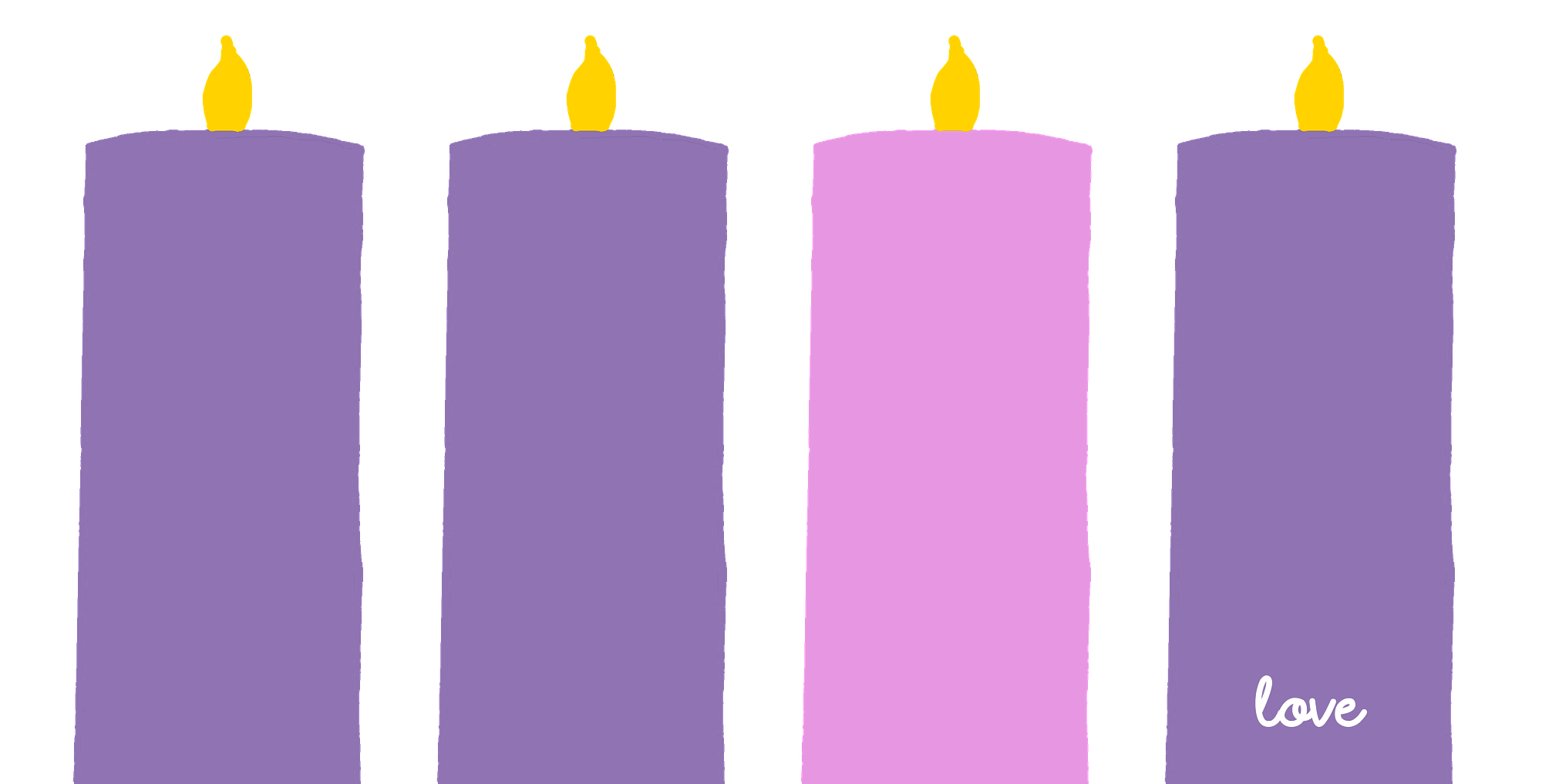 Join Ann-Marie Rogers in our opening prayer for the final week of Advent in the video below.

Take a moment to still yourself. Take a deep breath and ask God for a renewed sense of presence with you in this moment.

Pour forth, we beseech you, O Lord, your grace into our hearts, that we, to whom the Incarnation of Christ your Son was made known by the message of an Angel, may by his Passion and Cross be brought to the glory of his Resurrection. Who lives and reigns with you in the unity of the Holy Spirit, God, for ever and ever. Amen.

The angel Gabriel was sent by God to a town in Galilee called Nazareth, to a virgin betrothed to a man named Joseph, of the House of David; and the virgin’s name was Mary. He went in and said to her, ‘Rejoice, so highly favoured! The Lord is with you.’ She was deeply disturbed by these words and asked herself what this greeting could mean, but the angel said to her, ‘Mary, do not be afraid; you have won God’s favour. Listen! You are to conceive and bear a son, and you must name him Jesus. He will be great and will be called Son of the Most High. The Lord God will give him the throne of his ancestor David; he will rule over the House of Jacob for ever and his reign will have no end.’ Mary said to the angel, ‘But how can this come about, since I am a virgin?’ ‘The Holy Spirit will come upon you’ the angel answered ‘and the power of the Most High will cover you with its shadow. And so the child will be holy and will be called Son of God. Know this too: your kinswoman Elizabeth has, in her old age, herself conceived a son, and she whom people called barren is now in her sixth month, for nothing is impossible to God.’ ‘I am the handmaid of the Lord,’ said Mary ‘let what you have said be done to me.’ And the angel left her.

“In this Gospel passage, we notice a contrast between the promises of the angel and Mary’s response. This contrast is manifested in the dimension and content of the expressions of the two protagonists. The angel says to Mary: “Do not be afraid, Mary, for you have found favour with God. And behold, you will conceive in your womb and bear a son, and you shall call his name Jesus. He will be great, and will be called the Son of the Most High; and the Lord God will give to him the throne of his father David, and he will reign over the house of Jacob for ever” (vv. 30-33). It is a long revelation which opens unprecedented possibilities. The Child that will be born to this humble girl from Nazareth will be called Son of the Most High. It is not possible to conceive of a higher dignity than this. And after Mary’s question in which she asks for an explanation, the angel’s revelation becomes even more detailed and surprising.

On the other hand, Mary’s reply is a short sentence that does not speak of glory. It does not speak of privilege but only of willingness and service: “Behold, I am the handmaid of the Lord; let it be to me according to your word” (v. 38). The content is also different. Mary does not exalt herself before the prospect of becoming the mother of the Messiah, but rather remains modest and expresses her acceptance of the Lord’s plan. Mary does not boast. She is humble and modest. She always remains the same.

This contrast is meaningful. It makes us understand that Mary is truly humble and does not try to be noticed. She recognizes that she is small before God and she is happy to be so. At the same time, she is aware that the fulfilment of God’s plan depends on her response, and that therefore she is called to accept it with her whole being.

In this circumstance, Mary’s behaviour corresponds perfectly to that of the Son of God when he comes into the world. He wants to become the Servant of the Lord, to put himself at the service of humanity to fulfil the Father’s plan. Mary says: “Behold, I am the handmaid of the Lord”; and the Son of God upon entering the world says: “Lo, I have come to do thy will, O God” (Heb 10:7). Mary’s attitude fully mirrors this statement by the Son of God who also becomes the son of Mary. Thus Our Lady shows that she is in perfect accord with God’s plan. Furthermore she reveals herself as a disciple of his Son, and in the Magnificat, she will be able to proclaim that God has “exalted those of low degree” (Lk 1:52) because with her humble and generous response, she has obtained great joy and also great glory.

As we admire our Mother for this response to God’s call to mission, we ask her to help each of us to welcome God’s plan into our lives with sincere humility and brave generosity.”

Christ, come into our world of darkness
Light up our lives with your coming.
Fulfil all our longings with the joy of your birth
Strengthen our resolve to work for change in our world
And to share the hope of your birth that each Advent brings.
Amen.